We bring in amazing nationally – and internationally – renowned speakers to talk to our students about important issues in the world today.

It’s designed to broaden our students’ knowledge and widen the classroom experience. It’s about appreciating diversity and the thoughts and ways of others. And, it’s about civic engagement. It’s about challenging ourselves to think deeply and to act responsibly.

The Delta College President's Speaker Series is funded by the President's office and the Peter and Barbra Boyse Endowment Fund through the Delta Foundation. Events are free and open to the community, no tickets required.

Environmental Summit: Climate Change and How It Impacts Us

Elizabeth Kolbert is a journalist, author and visiting fellow at Williams College. She is best known for her Pulitzer Prize-winning book, “The Sixth Extinction: An Unnatural History,” and as an observer and commentator on environmentalism for The New Yorker magazine.

Jennifer Atkinson is an author and associate professor of environmental humanities at the University of Washington, Bothell. Her seminars on eco-grief and climate anxiety have been featured nationwide. She hosts a podcast, Facing It, that provides tools to channel eco-anxiety into action.

The presentation is free and open to the community. For more information or for disability-related accommodations, contact Kim Klein at 989-686-9192 or David Baskind at 989-686-9374.

The Dangers of Propaganda and Misinformation

Claire Wardle is co-founder of First Draft, a nonprofit organization focused on research and practices that address misinformation found online. She has a doctorate in communications from the University of Pennsylvania. Over the past decade, Wardle has been a fellow for TED, a research fellow for the Shorenstein Center for Media, Politics and Public Policy at Harvard University’s Kennedy School, a research director for the Tow Center for Digital Journalism at Columbia University, and head of social media for the United Nations Refugee Agency.

Please note: Unfortunately, we had a technical complication so a section of the presentation was cut off.

Ben Nemtin and his three childhood friends started The Buried Life in 2006. They made a list of “‘100 things to do before you die” and for every list item they accomplished, they helped a stranger cross something off their bucket list. Since then, they have published a New York Times best-selling book, made a TV show based on their project and crossed off 91 of 100 dreams. Ben and his friends are currently filming The Buried Life documentary film.

A Virtual Discussion About this Year's Presidential Election

Award-winning journalist and NPR national political correspondent Mara Liasson can be regularly heard on NPR’s Morning Edition and All Things Considered. She is covering her eighth presidential election this year, providing extensive coverage of the candidates and issues in both the presidential and congressional races. Her reporting can be heard on Delta College Public Radio – 90.1 FM.

Prior to her current assignment, Liasson was NPR’s White House correspondent for all eight years of the Clinton administration. She is a three-time recipient of the White House Correspondents’ Association’s Merriman Smith Award and a graduate of Brown University, where she earned a bachelor’s degree in American history.

Reflections: The Life and Times of the Reverend Dr. Martin Luther King, Jr.

Jim Lucas has received acclaim across the nation for his stirring and dramatic recitations and interpretive readings depicting the life and times of the Reverend Dr. Martin Luther King, Jr. His movie and television credits include appearances in Head of State, Ladder 49, National Treasures 1 & 2, Something The Lord Made, The West Wing, The District, 24 and The Wire.

Lucas is currently co-starring in the critically acclaimed play The Meeting, a powerful drama about the lives, philosophies and times of Dr. Martin Luther King, Jr. and Malcolm X.

Emily Bazelon sheds vital light on the enormous and oft-misused power of the American judicial system in shaping our society. Her new book Charged, which debuted on the New York Times’ bestseller list, provides a bracing investigation of a criminal justice system with unchecked power, and the remarkable efforts being made to address and reform the national crisis that mass incarceration represents.

Helping Different Kinds of Minds Solve Problems and the Way I See It: A Personal Look at Autism & Asperger's

Temple Grandin, Ph.D., is the most accomplished and well-known adult with autism in the world will be on Delta’s Campus, Thursday, February 14 at 10am and 7pm in the Lecture Theater as part of the President’s Speaker series. Time Magazine listed Temple in the Time 100, an annual list of the most influential people in the world. She was also the subject of the Emmy Award, semi-brographical film Temple Grandin.

Dr. Grandin became a prominent author and speaker on both autism and animal behavior. Today she is a professor of Animal Science at Colorado State University. She also has a successful career consulting on both livestock handling equipment design and animal welfare.

How Did I Get Here?

As co-founder and longest serving editor-in-chief of the Onion, Scott has a deep appreciation of the improbable. It's a quality that not only describes how he created a celebrated comedy institution, but also of his escape from dire childhood circumstances.

Scott's story starts as a kid who loved reading Mad Magazine to fulfilling his dream of having his work published. Through humor, his audience learns vital lessons on innovation, tenacity and the importance of following your dreams.

Blitz - Becoming a Key Player in a Male-Dominated Sport

On April 8, 2015, Sarah Thomas was one of nine new game officials added to the NFL officiating roster, becoming the first full-time female referee in NFL history. Her history-making game took place September 13 between the Kansas City Chiefs and the Houston Texans. Her hat, whistle and flag from that game are now on display at the NFL Football Hall of Fame.

Off the field, Thomas works as a pharmaceutical representative. She was born in
Pascagoula, Mississippi and is a graduate of the University of Mobile after earning
a full scholarship as a basketball player and Academic All-American honors.

Creating a Culture of Consent

Dr. Keith Edwards is a nationally recognized speaker and educator on sexual violence prevention, men’s gender identity and social justice. For the past 15 years Keith has spoken and consulted at more than 100 colleges and universities and presented more than 100 programs at national conferences. His research, writing and speaking has received national recognition including the ACPA Dissertation of the Year and ACPA Diamond Honoree.

Women in Combat: A Soldier on Being a Catalyst for Change

Major MJ Hegar filed – and won – a landmark lawsuit against the Department of Defense that paved the way for women in combat. Before this, on a tour in Afghanistan, the Medevac helicopter she piloted was shot down, forcing her to take action that helped save lives and earned her historic recognition. She speaks on leadership, being the catalyst for change, and thriving under pressure. She is a member of Foreign Policy’s 100 Leading Global Thinkers for 2013 and has a new book on her life coming out in the next month.
Major MJ Hegar's presentation will be one hour followed by dialogue with the audience and a sale and signing of her new book.

Rosa Clemente, hip hop activist and scholar, and Ruben Navarette of the Washington Post, the most widely read Latino columnist in the country, discussed Election 2016 and the New Generation – diverse voices on the presidential candidates and issues.

We heard diverse insights on the presidential election and the issues in this national election from two very lively speakers.

Matt Taibbi is a National Magazine award winner and longtime editor, now contributor to “Rolling Stone” magazine. He is a frequent guest on national television and radio talk shows, including “The Daily Show” and NPR, and is the author of the New York Times bestseller “The Divide: American Injustice in the Age of the Wealth Gap” and “Griftopia.”

Dr. Burlingame is a historian at the University of Illinois at Springfield. He spoke at Delta about his book, "Abraham Lincoln: A Life."He was awarded the Order of Lincoln by the Governor of Illinois in 2009.

Dr. Prothero is a Professor of Religion at Boston University and the author of many critically acclaimed books on religious literacy, including the international bestseller, "Religious Literacy: What Every American Needs to Know and Doesn't".

Dr. Levin is a Professor of Astronomy and Physics at Barnard University and the author of "How the Universe Got Its Spots", about black holes.

Peter Beinart is a liberal American columnist and reporter whose work regularly appears in national publications. He is a frequent commentator on political television shows, and the former editor of The New Republic.

Jonah Goldberg is a conservative syndicated columnist and writes for The National Review. He is also a frequent commentator on political talk shows.

Erin Gruwell is a teacher who used journals and unique teaching methods to reach inner city high school students. These journals led to the publication of "The Freedom Writers" and eventually a major motion picture. She speaks widely on education and poverty. 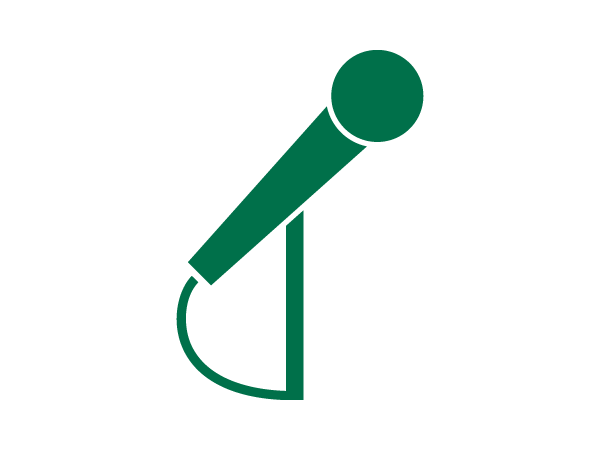 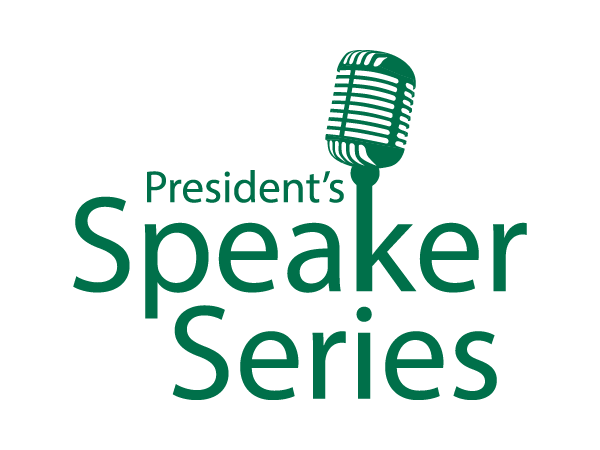 The Series was founded by Dr. Nancy Vader-McCormick, President Don Carlyon and the Delta College Foundation. 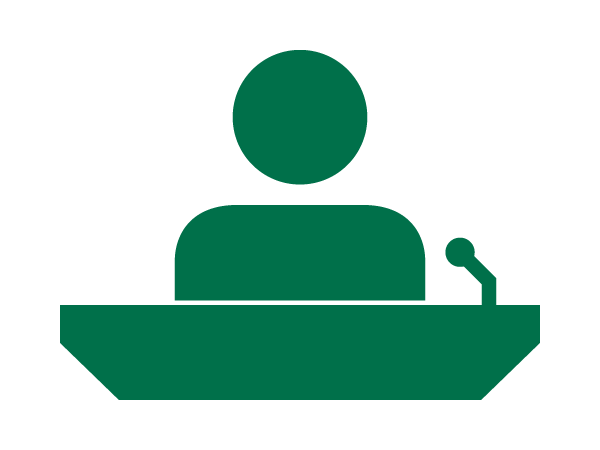 We have hosted over 35 nationally recognized speakers. 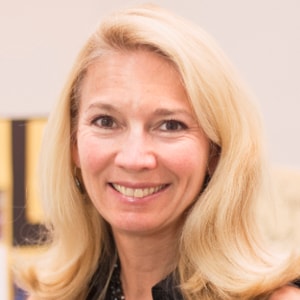 "I saw an opportunity for our students to grow and learn beyond what the classroom provided. If we could bring in notable world-renowned speakers, I knew they would benefit so much. It's been a great asset for our students!" 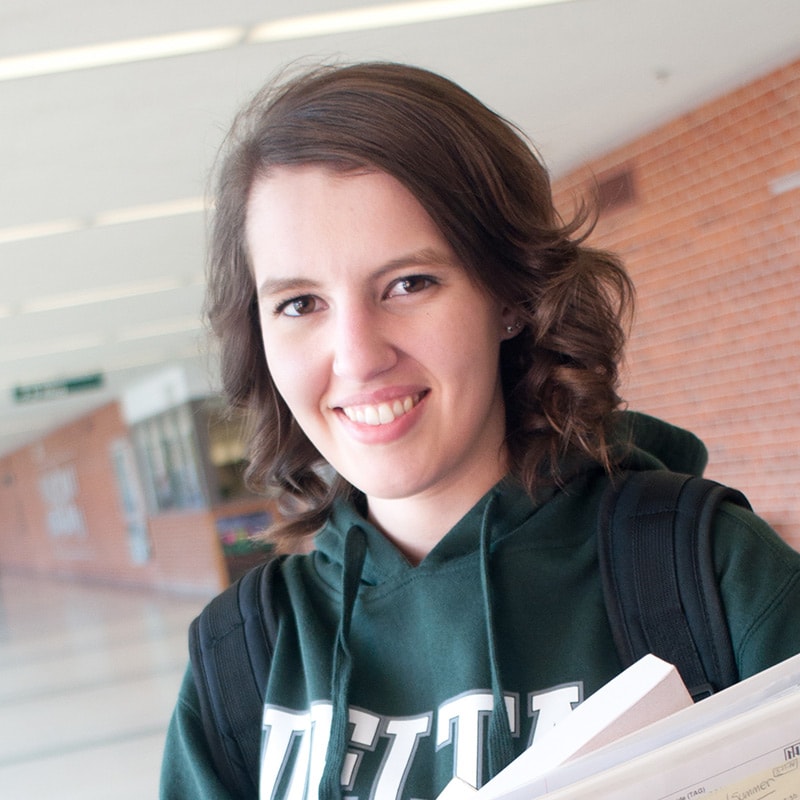 So many programs.
So many possibilities.

At Delta, you can choose from 140 degrees and certificates. You will also get exceptional instruction and hands-on experience.